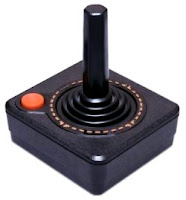 I consider myself an early Gen-X’er. A child born from Baby Boomers, grew up in the early dawn of home entertainment explosion. As a child I had an Atari 2600, began playing the simple pixel games. I learned basic strategy with the Tanks game, coordination with Chopper Command and Pole Position. Bonded with family and friends as we played in the Living Rooms sitting next to each other.

As technology moved forward the next console I had was the Nintendo Entertainment System. The pinnacle of it’s time in home entertainment. The 8-bit era. Thousands of hours over years spent playing games that fine tuned my coordination, attention to detail, and most importantly helped develop my analytical and problem solving abilities. All done without game guides, the Internet, online play, hooking the NES up to a PC to cheat.

I know that from the NES and other computer games built my mind and abilities that I have turned those skills into a very successful career in IT. Programming, system design, engineering, etc… However, as my love, passion, for video games has not waned, I noticed one terrible aspect that has been lost… the magic, the soul of the video game is gone. This trend for the youngest playing generation revels an overall aspect on society and how they are going through life.

The primary problem with this is the Internet. The Internet, the freedom to get any tidbit of information, has ruined pretty much everything when it comes to problem solving and critical thinking that can be laid out in video games.  I remember video games that challenged the mind, the skills, the button combos. I remember the days of piercing pains in my thumbs, wrists sore all from the hundred attempts to get past a level. Trying different things, new directions, different weapons until I passed the level. Amongst my friends it was a badge of honor to claim to have beaten a level, get the special item, see the special Boss. But all that has been lost.

Now it’s no longer a badge of honor that you accomplished and unlocked everything on your own, but you are shunned and mocked that you didn’t know how to hack and cheat to get all the items. What I ask is why play then? If you get a game and immediately download all the cheats, walk-throughs, find all the glitch spots where no one can get you… why bother playing if you know you are going to win every time… and only win by exploiting the game? This concept is far broader than just in video games. This aspect of younger people’s view on life and how to go about it is seriously flawed and padded. This concept that you can get anything you want, either from stealing, cheating, or exploiting.

The video game makers are not making it any easier, but they are in it for the money. If you spend $50 million to make a huge video game you need to get that money back and you don’t on the game sales alone. Game Guides, add ons, etc… So as soon as a game is out, everyone can get a step-by-step how to make it through the game. 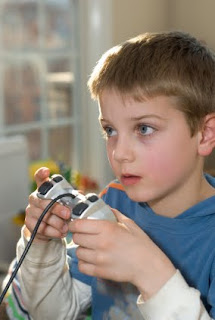 The soul of the video game is lost. The majority of video game players don’t allow themselves to get enthralled into a story, characters, spend hours trying to solve logic puzzles laid out. If they get ‘stuck’ they hit the net and get the answer without working for it. This is a sad trend and it ruins the game and the market.

As a casual to moderate video game player, I like to play online like anyone else. But it is becoming more and more of a turn off when you get someone in every match that has cheated or exploits the game to win. It’s a game… so what? It’s because these kids think that they should never lose. They have had everything handed to them, given to them, made right, and never worked hard to achieve anything on their own.