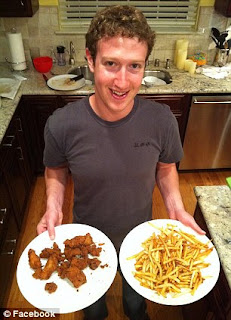 I am going to make a statement that should not be a surprise to anyone at this point. Facebook does not care about your privacy. If you can’t agree with me after the past two years of changes Facebook has made then you aren’t reading between the lines. Your privacy on Facebook is borderline non-existent. Whether the statements about Facebook using your photos in ads is correct or not, the point is that the changes to the security settings is making it easier and easier for
your photos and comments to get outside your circles.

I am a black and white kind of guy and I am in Facebook’s corner on this one. Facebook is a social website it is not a private security vault. That is not its purpose. Now if you take careful precautions around what can and cannot be seen, it’s one setting that’s flipped off or the wrong photo posted to the wrong area that can spread around farther than you intended. But you know what? I have no pity for you, its a social website and if you post things that can backfire on you later then the control is 100% in your hands, period.

Mark Zuckerberg is a unique specimen. At first I thought he despised groups, social classes, clicks and other little crowds of special people. As I look at what Facebook is doing I don’t think that’s it. Facebook hates secrecy between those groups. The jocks can hang out all they want but everyone can see what they are doing. Socialize the world. No more secrets. Where Facebook is going to slip up in a big way is they are losing sight that this is not how the world works. Eventually the users will flee for the next social site that is built on tight social groups. Google+ is close but they are doing what Google does and screwing up the deployment.

However, I have a solution for Facebook that will change the game forever.

Facebook’s livelihood is dependent on the ever so precious advertising dollar. There are more photos on Facebook of unique, real nature than anywhere on the Internet. Almost 1/7th of the PLANET has a Facebook account. Why not embrace the users, thank them for their participation and give a little back.

If Facebook wants to use the data that the users freely upload, the photos, the locations, the thoughts… then pay the users for that. That’s right, Facebook should create a advertising pay back model for the data used.

The caveat is that Facebook’s security model needs to be significantly changed to have the extremes of settings. On one end, complete opt out, friends only, nothing can be shared outside your network without your specific approvals, nothing can be seen unless they are in the specific group, nothing is used by Facebook about what you do, including 3rd party apps.

On the other end is the I don’t care, use whatever you want and pay me option. If your photo is used in an ad, you get a penny for each unique click or a flat rate like a stock photo. If you are power user you get special perks, Facebook bucks, Zygna cash, coupons, anything social that Facebook can throw at them. Make it beneficial to use Facebook so Facebook can use your data to make Facebook better and richer. You could have a lottery, contests, trips to HQ, think about what you could do in this model. You want my data, don’t take it through slimy methods, embrace the idea that you want it and give back for it. Do this not just for pages but to all users.

If Facebook doesn’t embrace what it needs to survive very quickly you will soon see a mass exodus and a live fast, die hard tag to the former king of social websites. MySpace was once held that title, at one time that was considered unbeatable and we all know how that turned out. Facebook better start to learn from those mistakes soon before the new kid on the block steals the ball away. A few more headline grabbing, security altering changes Facebook puts out will make the users leave at their own doing. 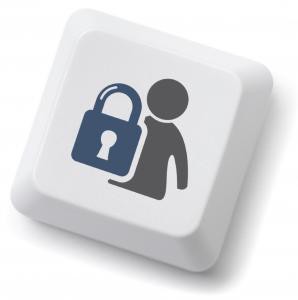 Facebook May Have Made Your Profile Public, Lock It Down