Today I finally got to my date to challenge to a judge a speeding ticket I received over the summer. Now, for the record I have not had a speeding ticket since 1998 so it’s not a regular experience for me. I also respect the hell out of law enforcement and what they do for the community so I am not blaming the officer that cited me. I was planning to make a point to the court, innocent until proven guilty, that there was a erroneous error in judgement or technology in the decision for the citation speed.

The ticket I received was 47mph in a 30mph zone. Yes, the citation gives the appearance that I was a hot rod, screaming down a residential. I can assure you I was not by any means and my defense proved without a doubt that this was true. I never got an opportunity to make my case and the DAs that I spoke with prior made some statements that really put our court system into perspective, disturbingly.

Here was my defense:

I drive a 2006 4.7L V8 Dodge Durango. By using simple velocity, acceleration, distance, and time equations I broke it all down. The stock 0 to 60 mph test is my baseline as the maximum performance noted from Dodge. The stock 0 to 60mph test results from Dodge for this model was 10.2 seconds. To reach this speed in this time the car would be accelerating at 8.627 ft/s^2 (squared) and it would take 448.8 feet to accomplish this.

Entered the road from a dead stop, left hand turn because I was waiting at a solid green light for cars to pass through the intersection, I then turned on to the road using the closest lane. Simple enough right? A few seconds later a black, unmarked SUV traveling up the hill in the opposite direction light up like a Christmas tree. I continued on knowing I wasn’t speeding, the officer did a U-turn and came up behind me. I pulled over to let him pass and he came up behind me and issued me a ticket saying he tagged me going 47mph…. I thought impossible. I am right…

The point of the SUV lights on I was 320 feet from the intersection that I turned from. In order for me to have hit 47 mph in 320 feet I would have had to be accelerating at 7.41 ft/s^2 or the equivalent of doing 0 to 60 in 11.2 seconds. You may say to yourself that I was outside the performance, if you look at it from that point that’s true. However, the officer’s activation of his lights was not when he detected and chose to purse.

A trained professional would take about 2 seconds to register, make visual contact, decide to purse then the physical action to hit the switch to turn on the lights. 2 seconds is a conservative estimate. 2 seconds earlier I would have been, using the officer’s citation of 47mph (68 feet per second), I was 136 feet backward closer to the intersection. So at that point, 184 feet from the intersection, to hit 47 mph I would have had to be accelerating at 13.13 ft/s^2 or traveling the equivalent of a 0 to 60 in 6.7 seconds. BAM! IMPOSSIBLE!

Go one step further and extrapolate from the baseline 0 to 60 mph Dodge test, specifically 448.8 feet to complete it, that means to reach 30mph it would be around 200 to 220 ft. So how can I have been anywhere near 47mph only 184 feet from my dead stop, left hand start starting point? I can’t. But I got muscled into a deal using scare tactics.

My citation was a complete error. It happens, but the court system barely gave me a chance and the prosecuting attorney that I first dealt with told me, “You can defend it, but I will get my conviction.” Facts don’t lie.

The process to get to a court date was atrocious. I called and got a first meeting at the government center courthouse I went there ready to state these facts but I was only optioned to pay a $100 fine instead of a $150 fine and the ticket would still be on my record and hit my insurance. Not acceptable. So I asked for a court date expecting to take my evidence to a judge. I arrived, today, at the courthouse, waited in line and waited for my turn. Instead of going in front of a judge I got called up to a prosecuting attorney. I dealt with two guys, the first was a real full of himself prick. He attacked me wanting to defend my case, asked sarcastically if I was an attorney and knew how the process works, and tried to push me around. Luckily for me the other prosecutor sitting next to him made a comment and the one tossed my file to him and said, “You deal with him.” Real professional.

So I sat with the other guy and long story short he basically said that he believed me, my evidence was sound, but all he has to do it convince the judge that I was going 31 mph in a 30 mph and get stuck with the fine and have the ticket on my insurance. My ticket was 47mph in a 30mph, not 31mph… If that’s the case then why put a speed on the ticket? Just serve a ticket and be done with it if the accused speed makes no difference. Does this make sense to anyone else?

I took a deal. The deal that I took was pay a fine, coincidentally the same amount as the ticket, and a suspended ticket for 1 year as long as I don’t get another speeding ticket and it gets dismissed… yet they still got their money. Don’t you think I should have to pay the fee if I fail the 1 year ‘probation’ not before?

CONCLUSION: For a traffic ticket the courts give the officers the benefit of the doubt to the point that they cannot make any mistakes. No matter what you do, the government got their fee. The cited driver, gets rammed up the place where colonoscopies take place. 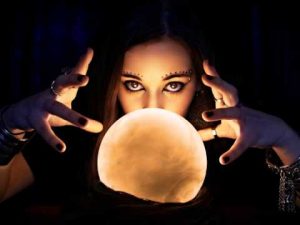 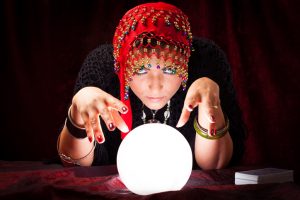 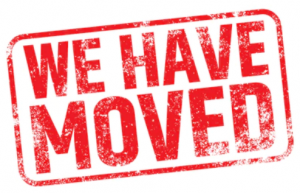