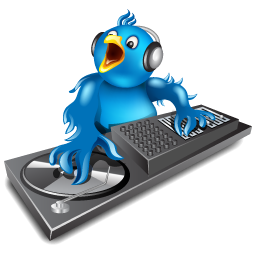 Twitter recently jumped into the musis game, sort of, with the release of its new iOS app called #Music. This is the next phase of Twitter trying to move out of micro-blogging into more usable services for the users. Being a techie nerd and music junkie I downloaded the app when it came out and have used it fairly regularly over the past few weeks and now here’s my thoughts on the app.

To the user that only uses #Music you will quickly be disappointed to see that you can only listen to snippets of the songs, not the full songs themselves. In order to listen to full length songs you need to have a Spotify or Rdio account and connect the app to one of those. Which immediately prompts the first question, if I need Spotify, what good is #Music. Why don’t I just use Spotify?

I haven’t found a good answer yet.

The app claims it uses Twitter trends, your past Twitter activity, and other social markers to build the play lists of artists. After using it I call BS on it because like most music services that claim this, the top lists always seems to be what’s the latest and greatest on the pop radio stations. I dumped Pandora because my heavily custom radio stations started inserting the Top 100 songs multiple times an hour after I thumbed them down. Music comapnies shell out big money to keep their product up front, I felt #Music was no different. 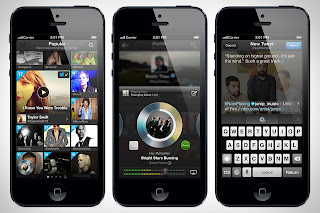 The next option you have to listen to is called Emerging. This list supposedly is pulled from Twitter trends of up and coming bands and songs. Unless you are comparing them, how does looking at the Twitter trends along determine a new up and coming? Either way this list all sounds like the same college coffee shop band, music festival opening acts, same new alternative style. They all sound like the same band with different singers. No rock, no country, no hip hop that I found.

The last and most disappointing was Suggested. This is supposed to be music suggested for you based on my social activity. However I think this is more based off of the people you follow rather than what you post. All I get is techno. I post more about country, rock, classical but I follow more DJs like Tiesto, Oakenfold, Van Burren, etc…

Lastly is #NowPlaying which pulls in what the people you follow are listening to. Which I found to be the most dynamic and useful for new music than the others.

Since it’s Twitter you can tweet the song you are listening to… but that’s it. Even though you need Spotify to listen to the whole song, you can’t flag or save anything new you hear. You can tweet it but then you have to go back and hunt later to track down the song. You would think with Spotify integration you would be able to Like the song and that would then keep it in Spotify. But sadly there is nothing you can do other than manual tracking of what you come across. Being able to follow the artists doesn’t cut it. Listen to it once and it’s gone forever. There is so much music options out there from artists many will be forgotten and replaced if #Music doesn’t figure out how to grab and hold the songs you like beyond a simple tweet. Who goes back and reads their own timeline?

At the end of the day I will be tossing Twitter #Music aside and using Spotify as my primary music streaming service… since I need Spotify anyway to listen to full songs in #Music.

Try it, play around with it, then do what most are doing and delete it. Few days worth of a new tech gadget but nothing much past that.