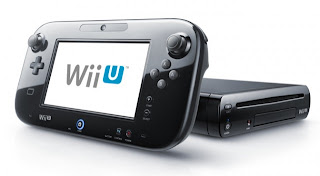 I am a video gamer and have been since I got my first console as a kid the Atari 2600. Since then I have been hooked. My video gaming and how I approached it molded my skills that directed me into a world of IT. Analytical, critical problem solving skills of various puzzles, learning to approach things from different angles to get to a solution. Most games today are FPS (First Person Shooters) and have lost that puzzle solving aspect but I still play.

As the console wars heat up I have been intently watching the developments between Microsoft and Sony regarding their upcoming next generation entries the XboxOne and PS4 respectively. I currently own an Xbox360 and a Wii. I had the Wii first which I stood out on the Black Friday the year the Wii was released to get one. I picked up an Xbox360 mainly for social interaction multiplayer as all my friends and contacts had one. As time went on I played the Xbox360 more than the Wii but I played the Wii primarily with my wife and not really alone because of where the systems were. One in the man cave and the Wii on the family room TV where my wife primarily watches.

Then I had a child and he is approaching 5 years old. I support videos games, problem solving, puzzles and logic based games, not the brainless run and gun or pointless time suckers. When my son plays I am right next to him and he plays with a lesson in mind whether he knows it or not. Anyway he has been getting more and more into the Wii as his coordination gets better. Unfortunately after almost 7 years my Wii system began to crap out. The video card began to die. We couldn’t play it for more than 20 minutes before the screen would scramble and it would shut off. (Maybe it was overheating). Anyway I was faced with a dilemma. Spend $50+ to repair the Wii. Spend $129 to get a new Wii. Spend retail and upgrade to the WiiU?

After I gathered up a bunch of old games from the Xbox and Wii including an old Red Ring O Death Xbox360 I headed to GameStop and traded them in and picked up the WiiU Deluxe package. Looking at my lifestyle and the time I was spending less and less on individual video game time, a future $700-$900 investment on a PS4 or XboxOne was not adding up for me. I say that much after you get the console, games, headsets and accessories to get it where you want it.

The WiiU is the next gen console in the Binary Blogger household. Being a huge Nintendo fan since the beginning I have to say that the WiiU is one amazing machine. I would even go as far that the technological additions the GamePad brings into the mix makes the WiiU above the Wii’s advancement that it made. It’s sad that it’s not catching on because it’s really, really amazing.

Nintendo is about game and game entertainment. It’s not trying to be a media hub, although it does have Netflix and Hulu, but those are there just because they can. It’s not the center of the console. The games are.

The WiiU Deluxe Set is $50 more than the ‘regular’ set and it’s more than worth it. The Deluxe has 32GB of memory instead of 8GB which I see as a big deal after downloading a few games and apps. It comes with a game NintendoLand which is really, really fun. Especially with a sub-5 year old. The games are just complex enough to be fun for you and simple enough for the child to pick up. We have a blast playing the Luigi Ghost hunt and the Mario Chase games. One person plays using the TV and the other plays off the GamePad. No split screen, each has their own and that makes the game above and beyond any in-house two player game system obsolete.

I also picked up New Super Mario Bros. WiiU. I felt that is a requirement my Nintendo Law. How can you not pick up the flagship launch title for the new system. Playing Mario in HD is so beautiful and nice. Nintendo loves their colors and it’s just pops. But where the WiiU really stands out is I can be int he same room with my family and play the WiiU on the GamePad while the TV is being used for something else. Sometimes you need to throw a movie in for the kids for ‘quiet time’ and you don’t want to watch Brave or Finding Nemo for the 674th time, grab the GamePad and play through Mario quietly. Forget the iPad pick up and play quick games, you can play the full WiiU game without taking over the room.

The other aspect that the GamePad has done really, really well is the virtual reality, motion viewing. I am not sure how to describe it. But in NintendoLand for example you are in the middle of a big arena. If you take the GamePad and stand in the middle of your room, hold the GamePad at eye level and physically turn around looking up and down the GamePad will act like a viewer. Google has a Street app that does the same thing. You can go to anywhere on Google Maps that has a Street View and turn around, look up and down using the GamePad. Very fun. I can’t wait to see how game developers will integrate that in the future.

I was originally down on the WiiU as ‘Meh’. But after playing around with it in the stores and getting on in the home I am not looking back. It’s a fun, family, game oriented device. You aren’t going to find the 150 hour monster games on it (Link excluded) but you will find games you will love and have fun playing. At the end of the day, for me anyway, video games are about fun, relaxation, and playing together with other people.

If I didn’t have children I probably would take a pass on the WiiU but now that I have one I am glad I didn’t.

Sorry Microsoft and Sony, it’s about the games for me, if I want a media hub of online TV watching I will recommend and encourage people to get a Roku or AppleTV for $99 that will accomplish that far better than your consoles will.