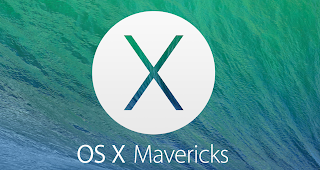 Apple released their next iteration of their OSX Operating System called Mavericks. Almost 2 years ago I jumped ship from 2 decades of Microsoft Windows machines for my home use to Apple. I don’t regret it and haven’t looked back.

With this release however Apple has thrown the gauntlet down once again and is offering this OS for free. Prior to this release the OS were about $30, which is nothing to complain about for what you get. But aligning with their mobile devices and the iOS being free, their desktop and server releases so far are going that direction as well. Apple wants to focus on the hardware and not upgrade due to any cost limitation.

This move makes Microsoft the only major player that charges for their operating system. Android, iOS, Linux, and now OSX are free. As a consumer you can look at buying a device and not worry about updates or getting the next evolution of the operating system or you can buy a computer and look at shelling out another $70-$150 for a new OS, $150 for Office products and so on.

Apple devices may seem like they are expensive, but when you look at the overall cost of ownership and keeping that device using the latest and greatest controlling software it doesn’t seem so bad.

As soon as I could I downloaded and installed OSX Mavericks on my 21″ iMac, Mrs. Binary did that same to her Macbook. The download was a 5.3GB file, big boy, and completed in about an hour. The install had me restart my system and it did the rest. Inside of 2 hours it downloaded and installed the OS. Smooth, error free, and pretty much hands off. You would have to work hard to make it any easier.

OSX Mavericks has the usual performance improvements but the biggest shift for the OS is beginning to improve the bridging between your Apple devices and social networks. It starts to blur the lines between them, in a good way. iCloud is heavily used for storing information for both backups as well as seamless use between your iPhone, iPad and other Mac computers.

LinkedIn, Facebook, Twitter, Vimeo, Flickr and a few others all have direct OS level integration for you to enter your credentials and now use and share between those networks natively in the OS apps. Pretty slick if you are into that sort of thing.

The other big changes are with iBooks, which are now 100% available on the Mac and Apple Maps. Now the maps app started off in the wrong foot but I really like the map app now. It’s not quite Google Earth but I think it’s cleaner looking, faster, it has 3D building views and one really nice feature. You can use the Mac app to plan out a route then send that route to your phone for immediate navigational use. Bridging the gap between devices and focusing on the applications and the data instead using iCloud how a real Cloud should be used.

Here’s a complete run down of all the new features in ODS Mavericks –
http://www.apple.com/osx/whats-new/features.html#notifications

Here’s a neat video I found with some of the ‘secret’ or overlooked improvements to the OS.