The time has come for me to lay out my thoughts on the missing Malaysia airplane. Flight MH370, a Boeing 777, disappeared an hour or so after departing Kuala Lumpur, Malaysia with a destination of Beijing, China. 239 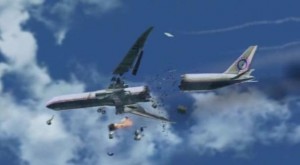 people were on board and are now missing, most likely dead. So what happened? First you need to filter through all the media hype trying to create a made-for-TV movie scenario with a wild plot. Take a step back and look at it logically and what is plausible, not possible, but plausible. They are different things.

What we know so far is the plan turned westward off it’s flight plan. The plane’s transponders stopped transmitting shortly after. A satellite picked up pings from an onboard system for a few hours after the plan vanished. The rest of the reports are not reliable nor consistent and feed into the theories of the crazy. There are two scenarios here, the plane suffered a catastrophic and fast moving failure or this was an act of deliberate intentions.

Let’s take a look at the first one, accident. The best, most level headed article I have read is from a former pilot and explains in great detail what most likely happened to MH370. Here’s the article. The article goes into detail on why the plane would turn so deliberately in that direction. The reason being that on the new trajectory there is a 13,000 foot runway which would have been the closet airport of proper size to land that airplane, they were too far away from Kuala Lumpur to turn back. The drop of communications and signals would be indicative of an electrical fire and the pilots and crew pulling electrical circuits to stop the fire. The rise in altitude is a maneuver to put out the fire and sudden drop in altitude so fast is possible from the plane stalling and recovering. Flying at 45,000 feet is above the max performance ceiling for that aircraft and a stall would be normal. Unfortunately for the plane they didn’t make it to the airport and are either at the bottom of the ocean or in the jungles of northern Malaysia. From a practical, common sense explanation this is the most likely scenario. The article I mentioned above gives all the facts to backup the theory.

Now the second scenario is that this disappearance was deliberate. Some of the theories that CNN is throwing out to the public is irresponsible in my opinion, but they need ratings more than any other news source so they are going to do desperate things. I don’t buy into most of them but I do give some credibility of this being on purpose and here’s why. The disappearance was right where the plane passed through an area where they crossed Air Traffic Control centers. The last thing heard over the radio was the co-pilot saying ‘good night’ to the Malaysian controllers but the Vietnam controllers never picked them up. If you have an accident the convenience or inconvenience of it happening right at that moment is too precise to be random.

If you are a well trained, experienced pilot, as the MH370 pilot was, you would know that there would be a time where the two control centers would finger point and get confused on where the plane was and who had control of it. That’s exactly what happened. Ample time for a slick escape. I do not think there was an external hijacking from the passenger pool, in this day I don’t believe 239 people would tolerate a rush on the cockpit anymore. If it was deliberate the pilot and maybe the co-pilot were in on it.

Terrorists wouldn’t be so precise in the control of the aircraft so soon. The pilots wouldn’t go quietly, they are trained to signal out a problem and pilot with 18,000 hours of flight time would know this and be very good at those motions. I don’t buy pilot suicide because the disappearance is too complex for a pilot to go through to kill himself. If the reports are accurate the pilot had plenty of anti-Malaysian government views to support he was behind it. His home flight simulator is interesting but saying that’s a smoking gun is like being shocked that a computer programmer has a home PC with code on it. He’s a pilot and loves airplanes. He flew for Malaysian air since the 80s, he probably could fly around southeast Asia blindfolded. Saying he was using a flight simulator to plan something out is a stretch, he flew the real thing all the time.

The other aspect that doesn’t make me think it’s terrorism is that there is no one claiming responsibility for it. The point of terrorism is to cause terror. Plus you would have 239 pissed off people with cell phones trying to call out and then you would have to deal with them when you landed. Big operation to deal with if you are a terrorist. If the terrorists wanted to get hold of a plane, why take on a passenger jet. Then the terrorists would have to know that they would actually be able to fly the plane without getting shot down.

Reports of the plane made it to Pakistan is a wild thought too. That would mean the Pakistan government and military were in on it. Think about it, do you think that Pakistan would allow an unidentified aircraft with it’s transponders turned off to approach their country unchallenged? They wouldn’t grant an unexpected plan asylum on a whim like that. If the plane made it there, which is also unlikely, this would have had to be a multi-national premeditated escape initiated by a pilot? Naw. I may be wrong but this isn’t a Hollywood movie.

No, the plane suffered a problem and went down somewhere. The rest is media hype banter.

1 thought on “My Thoughts On The Missing Malaysia Airplane”