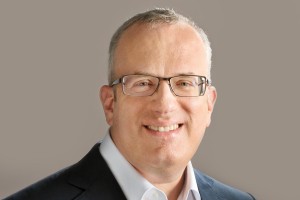 Brendan Eich resigned his post as CEO of Mozilla and quit the company entirely over an internet driven attack on his support of California’s Prop 8 back in 2008. The media are ignoring the weight this has on us as a society and how this attack on free speech is getting out of control. A quick recap, Prop 8 was constitutional amendment placed on the California voting ballot that would basically ban gay marriage. The voters decided in the democratic way and passed Prop 8 into law in November 2008. This amendment was challenged and eventually deemed unconstitutional and removed. Eich contributed $1,000 to the support of Prop 8 in 2008 and when he was appointed CEO the politically driven power groups went crazy, attempted a boycott of Firefox and forced Eich to not only resign but to quit the company. There are so many things wrong with this I don’t know where to begin.

Let’s put things into 2008 context for starters. In 2008 the majority of California voters through the democratic voting process agreed to pass a law the majority of the citizens agreed with at the time and in fact President Obama and Hillary Clinton were not supportive of gay marriage initiatives. Yes, look it up. Obama was 100% supportive of marriage defined as a sacred union between a man and a woman. It wasn’t until years later did they turn around their public positions. Yet these politically motivated lobby groups know they cannot sway the White House so no one is calling for the resignation of President Obama for his stance in 2008, the same time frame as Eich’s contribution. Why is that? At the time Eich was part of the majority supporting new legislation and the position of the country and the President at the time. This was 2008.

Since 2008 Eich continued his rise at Mozilla eventually becoming CEO and that’s when all hell broke loose. When he became CEO, a position that becomes target of all attacks and a representation of evil corporations anyway, he was dragged through the mud for his actions 6 years prior. In 2014 a man was crucified in the public realm for a $1,000 check he wrote to an initiative that the majority of Californians supported but lobby groups that had more money disagreed with.

OKCupid, a dating site, tried to start a Firefox boycott until Mozilla ‘did something’.

“Mozilla’s new CEO, Brendan Eich, is an opponent of equal rights for gay couples,” OKCupid said in response. “We would therefore prefer that our users not use Mozilla software to access OkCupid.”

Here’s the text OKCupid presented to Firefox users during their boycott movement:

“Hello there, Mozilla Firefox user. Pardon this interruption of your OkCupid experience.
Mozilla’s new CEO, Brendan Eich, is an opponent of equal rights for gay couples. We would therefore prefer that our users not use Mozilla software to access OkCupid.
Politics is normally not the business of a website, and we all know there’s a lot more wrong with the world than misguided CEOs. So you might wonder why we’re asserting ourselves today. This is why: we’ve devoted the last ten years to bringing people—all people—together. If individuals like Mr. Eich had their way, then roughly 8% of the relationships we’ve worked so hard to bring about would be illegal. Equality for gay relationships is personally important to many of us here at OkCupid. But it’s professionally important to the entire company. OkCupid is for creating love. Those who seek to deny love and instead enforce misery, shame, and frustration are our enemies, and we wish them nothing but failure.

If you want to keep using Firefox, the link at the bottom will take you through to the site.
However, we urge you to consider different software for accessing OkCupid.”

After the resignation that released a victory statement

We are pleased that OkCupid’s boycott has brought tremendous awareness to the critical matter of equal rights for all individuals and partnerships; today’s decision reaffirms Mozilla’s commitment to that cause. We are satisfied that Mozilla will be taking a number of further affirmative steps to support the equality of all relationships. 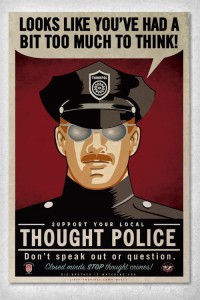 Now that Eich is gone OKCupid lifted their ban of Firefox from their site. However, I’d like to ask OKCupid if they are removing all of the JavaScript on their site as well since Eich created JavaScript or are they only going to attack the evil corporations? Or are they going to ask Mozilla to fire anyone else that works for them that supported Prop 8? Deny anyone from downloading Mozilla products that don’t agree with their ‘tolerance’? Is that what OKCupid refers to when they talk about ‘further affirmative steps’?

The problem I have with this is there was no issue of one of Mozilla’s co-founders, the inventor of JavaScript and one of the original programmers of Netscape, working at the company until he rose up. Mozilla chose a CEO that was more than qualified to lead the company’s directives and no one had a problem over the last 6 years using Firefox with this knowledge of the internal political leanings of one of the core leaders within the company. Only when he became CEO did the groups move into action. When the publicity and political messages would be felt the most… along with a ton of free PR for a dating site.

The public ‘outcry’ left no choice but for Eich to step down and leave. Negative focus on Mozilla around their new CEO’s past actions would put far too much strain on their business and I agree that there was no choice than to leave. Unfortunately very few media outlets are going after these political lobby groups for suppressing an individual’s right to free speech, free thought, free actions with his/her personal lives. Any donation Eich made was his money, not the company’s. Yet the group with the most influence (most money and political connections) can force the Big Brother Thought Police directive of ‘believe what we do or else we will destroy you’. This is a case study on the power of persuasion and big money behind it. The next thing we will see is a power group with a deep pocket going after CEOs that voted for a losing presidential candidate. You watch, it will happen. It makes no difference how popular or unpopular a political issue is, the resignation of the Mozilla CEO over this 6-year-old issue should be a wake up call of the things that will come. When will it end?

As I read more and more about this Mozilla is not free and clear of this either. If they are so ‘tolerant’ and ‘diverse’ to social issues as they claim, then they should have heard concerns prior to thinking about putting Eich in that position. Perhaps it was part of a slimy plan to get him out of the company, throw him out there knowing there would be backlash that would force him to resign. Who knows? All I know is what I read and since it’s on the Internet you can only trust 10% of 1% of the articles out there. It sounds like Mozilla has a few HR training seminars to get through to fix some of their internal problems.

On an end note I’d like to say that I don’t support gay marriage bans within the laws of the land. I do fully support free opinion and thought, Eich’s resignation was bush league politics at its worst. I am in the small minority of people who can actually differentiate between church and state and gay marriage/union in the eyes of the law is not a religious issue. Take it up with your congregation and pastor if you have a problem with it, but the state should not deny legal benefits of two people who are happy. If two people are happy and have spent a lifetime together, why are we denying legal protections to them? I have a bigger problem with marriages of convenience, the divorce rates, having kids out-of-wedlock, deadbeat dads and so on. There are far more societal gut rot issues that men and women marriages have created from the loss of the sanctity of the union than gay marriages will bring.