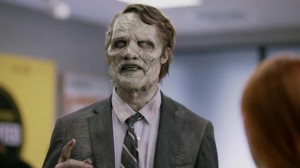 On the heels of the report that the Unites States has plans for the eruption of the Yellowstone supervolcano. A new report discovered from the Pentagon shows the Unites States has been thinking about and has plans for a possible zombie apocalypse as recent as 2011. Called CONOP 8888, also known as “Counter-Zombie Dominance”, the report summary reads –

“Because zombies pose a threat to all non-zombie human life, [Strategic Command] will be prepared to preserve the sanctity of human life and conduct operations in support of any human population — including traditional adversaries.”

This report may be a tongue-in-cheek scenario to get the government, the CDC and other agencies to think about unique scenarios and the continuation of the nation but the details within are more thought out than a fictional report would be perhaps. CONOP 8888 is designed to “establish and maintain a vigilant defensive condition aimed at protecting humankind from zombies,” according to the plan’s purpose, and, “if necessary, conduct operations that will, if directed, eradicate zombie threats to human safety.” Finally, the plan provides guidance to “aid civil authorities in maintaining law and order and restoring basic services during and after a zombie attack.”

The report goes onto detail out the worst case scenario where there is a zombie attack with high transmissibility, large waves of zombies attacking and infecting humans with no countermeasures or cures to slow it down. The plan reads more like a counterinsurgency manual: from “shape” to “deter” to “seize initiative” to “dominate” to “stabilize” and, finally, in the final, confidence-building phase, “restore civil authority.” That final phase includes the directive to “prepare to redeploy the forces to attack surviving zombie holdouts.”

If the document and scenarios within are part of a fictional critical thinking exercise, then the government puts a bunch of effort into documenting, classifying and recording such approaches. Behind most fiction there is an element of truth. This just goes to my theory that the government has a building with very smart people just thinking these scenarios up and coming up with plans to survive them. That’s a nice thought until thing like Katrina or building a healthcare website throws a cog into that imagination machine.

Over the last two weeks we can sleep more soundly because when it comes to the Yellowstone supervolcano and now zombies, the government has our backs. 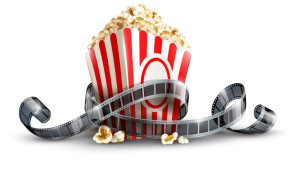 Sean Parker And Binary Blogger Agree About Movies At Home

11,000 Marbles Running Through a Gigantic Maze Is Absolutely Deafening