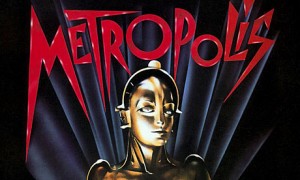 Through the beauty of Netflix movies and television entertainment is available at our fingertips from all across time and space. Not really. Classic movies are making a comeback I think, because of Netflix, and I have been finding myself watching more and more movies and shows from the early days of cinema and television. One movie in particular I have always intended to watch was Metropolis. The sci-fi epic from 1927 that inspired almost every major sci-fi movie since.

Star Wars’ C-3PO was heavily inspired by the Machine-Man, the spawning cityscapes in Blade Runner and Superman’s creators named their great city the same. Metropolis was the most expensive movie made at the time and changed movie making forever. 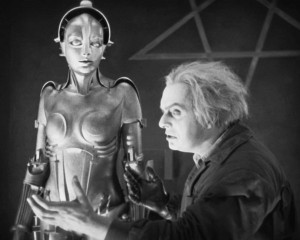 Metropolis is a story about a near future society where the rich live in the city above and below in the depths are the working class running the machines that make Metropolis function. We follow Freder, the son of Metrpolis creator and master Joh Fredersen, as he sees a woman one day with a group of children is awe-struck by her but before he can approach her she disappears. He followers her down under the city and discovers the slave like working conditions. Soon he learns that the woman is Maria, an oracle or messiah of sorts trying to bring the hands (the workers) and the head (the city above) together. Joh Fredersen works with Rotwang to suppress any worker uprising and he created a Machine-Man in the image of Maria, after they capture her, and send the clone out. Rotwang has an ulterior motive that would rip the city apart.

Netflix released a new, fully restored, version that contained 25 extra minutes of found footage that filled out many of the story gaps. This pushed the movie to 2 1/2 hours but I can say it’s worth it. If you have any interest in the artistic form of movies or movie history and you have not watched Metropolis I would tell you to do so. It was an experience and I am glad I did it.

Metropolis is a silent movie and up to this point my silent movie consumption has been Charlie Chaplin and Buster Keaton short films. 2 1/2 hours shows you what a lost art physical acting is. This movie doesn’t have text breaks that often and for several minutes, although you can see the actor’s talking, you know what’s going on the scene.

Also remember that this was released in 1927, no CGI. Everything was shot as is, plates, miniatures, camera tricks all with film, large sets and no computers. This adds to how truly impressive this film is. 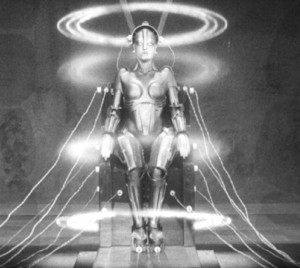 Head out to Netflix, turn down the lights, and enjoy one of the first classic movies.