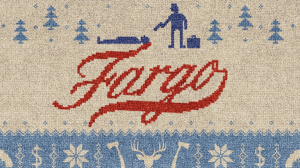 Television dramas are continuously getting better and better each year. Most are better than major movies in my opinion and the latest to join the ranks of one of the best dramas is FX’s Original Series Fargo, based off the movie of the same name. The movie Fargo, released in 1996, is a murder, dark comedy by the Cohen brothers and set in Minnesota in 1987. The TV show is from the same movie universe set in 2006 and even though the characters are different the character types are the same. Pregnant police officer leading the hunt, the nerdy guy caught in the middle of his demons and turns evil, henchmen, etc… The only tie in that I saw to the movie was reference to a character that finds the buried money that you saw at toward the end of the movie. Of course the Minnesotan Nordic mannerisms, language and the accent. Although it’s not as strongly portrayed as it was in the movie, either way it’s there and as a purebred Minnesotan I noticed it. Regardless, it’s required as it adds the unique identity to the show and characters and I don’t think it would have been as good without it.

The show follows a mysterious and violent man by the name of Lorne Malvo (Billy Bob Thorton) and the pushover Minnesotan Lester Nygaard (Martin Freeman). They start with a meeting of strangers, circumstantial encounter where Lester falls into Malvo’s influence and it goes down hill from there. I can go into too many details on the murders because each episode builds on each others perfectly and to say what character dies or doesn’t die could ruin the season long experience. Let’s say there’s a Game of Thrones formula that no character is safe. The real shocking aspect of Fargo was that for being shown on FX, an extended cable channel, this show is as violent, sexual charged and filled with strong language you’d think you were watching HBO. No complaints but the envelopes are being pushed. 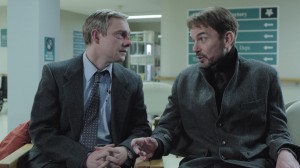 The season is 10 episodes long and based on the caliber of actors and how the season ended I would be surprised if there’s a second season. Much like the HBO show True Detective, Fargo maybe a one season mini-movie or if it does go to season 2 use a whole new story line with new characters next round.

I thoroughly enjoys Fargo and easily jumps into the top 5 TV dramas of the new era. Breaking Bad, True Detective, House of Cards and Fargo can easily stand next to those as one of the best. All the actors are great but Billy Bob Thorton deserves to be nominated for every award he can and should win them all. He stole the show as with most projects he does.

If you missed it I am sure Fargo will be available on Netflix very soon. When it does come out, watch it, you will not be disappointed.