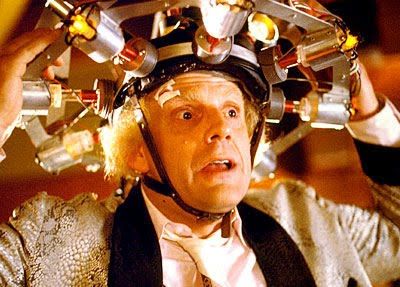 The time is here. Time for Binary Blogger to reach out beyond the now and look toward the coming year and predict the future as he sees it. I have done tech predictions for the past few years with varying accuracy but who’s keeping score? Now that 2015 is around the corner let’s go through the ten things I think will happen.

1) Apple Watch Will Be ‘Meh’ – The upcoming Apple Watch will not be the next coming device. When I first saw its announcement I was excited, a new toy, but as I read more about it and though how I would use it on a daily basis I became less and less inclined to get in line for one. The battery charging, unless greatly improved, will be highly annoying (and a different connector than your iPhone). Who wants to look at photos on a 2 inch screen? I can already text with my iPhone, which I need to have tethered to the watch. The fitness aspects are neat, but I am doing just fine recording my activity without it now. I really don’t want to replace my Tag Huer watch. So I see the loyalists will get on board but the rest won’t want to shell out another few hundred for the watch that will do everything the iPhone already does.

2) 3D Printing Enters The Home – 3D printers are the future of manufacturing. In 2015 there will be an affordable, widely available and targeted 3D printer for home use. Models, toys, building blocks, home improvement, hobby, kitchen utensils. All will be readily available to print at home. Need a new cooking spoon, print one. Want a model of Iron Man to paint, print one. Home crafts and decorations, print one. It’s coming.

3) Re-Emergence Of Home Audio Systems – There was a time that home speakers, receivers, amps were all the rage. People investing thousands into home audio systems because they had large physical collections of music media. With everything going digital that has changed the landscape to a more impersonal, individual experience when it comes to our music. In 2015 you will see a re-emergence of the focus on centralized home audio systems. There will be Wi-Fi enabled receivers with integration into cloud music services like Spotify, Pandora, iHeartRadio to get high quality music back into the home audio systems.

4) AppleTV Finally Gets An Upgrade –  Apple’s slow improvements to their AppleTV device I think has to do more with legal hurdles with content providers than the ability to deliver. If Apple is going to do it they are going to do it right. If Comcast/Time Warner merge look to see Apple getting in bed with them and to seal the deal DirecTV as well. Pick and choose television is coming, customers want it and will pay for it, Apple is on the cusp of giving it.

5) Major Movies Will Release Online Before Theaters – The death of traditional theaters begins. With Sony’s hack and theaters backing out of The Interview showings this pushed Sony to release it online. Which at the time of this post looks to be successful. There is an appetite, like from me, to pay $30+ for a major release online, at home, with my home audio and 4K TV system. $30 or more for a movie is still cheaper to go to a theater when you take in account each person plus snack.s

6) HIPAA Hacking Takes The Stage – Hackers are going to go after health care data. With Obamacare, state health exchanges, shopping around there is now a market for health data. This will be bad. Unlike credit card information or identity theft there is no service to block use and you can’t change your health issues with a phone call to your doctor.

7) Netflix is acquired – I am going to leave this open that Netflix is going to get acquired. There are a few candidates that could be potential buyers, Google, Yahoo, Facebook. But Netflix has made it known they are adapting to the future of entertainment and so far are doing it right. Someone will scoop them up.

8) Multi-factor authentication becomes mainstream –  Up to now passwords are the primary method to access a web service. Time and time again through released hacked documents we know passwords are obsolete and when security is left up to the individual the path of least resistance is taken. Forced multi-factor, most likely through SMS token messages, will begin to be mandatory and no longer optional on major websites and apps.

9) Wireless charging – Charging your devices wirelessly will become a thing. It won’t be mainstream for a few more years but the consumers will get their first taste of a life without cords.

10) Spotify buys Pandora – Best of both worlds of Spotify’s playlist focus with the music genome power of Pandora’s radio which is an area Spotify lacks.

There you have it, my 2015 predictions. Stick around and in 12 months we’ll see how I did.