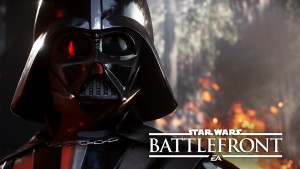 EA held a beta test for their much-anticipated upcoming game Star Wars: Battlefront. Through the years Star Wars games have been borderline terrible considering the source material they have to work with. Except for the two Knights of the Old Republic games, there hasn’t been a decent Star Wars games in 15 years. EA hoped to change that by modeling a Star Wars first person shooter (FPS) after their highly successful Battlefield games.

With the power of the next generation consoles of the PS4 and Xbox One the capability now exists to push the visuals and controls to recreate Star Wars in your hands. Like any good development team they test and re-test their products. What has been becoming a more common practice is to release an open beta test to the public. Let the players go at it for a few days and use the game in ways the developers cannot think of. All with the intent of making the game better before it’s production release. This could also backfire if the game does not match the hype and hurt the sales rush on release day. However, releasing a bad game on the first day can do just as much damage.

The Star Wars: Battlefront beta was free, no need to have a pre-order of the game, which I do not. Of course I was going to try it out. I am glad I did.

Here is a breakdown of what I thought and experienced –

The beta was very cool but I am hesitant on the game itself. It will sell billions I’m sure, although it is coming out in the same month as Call of Duty 3, Halo 5, and Fallout 4. This game will have its work cut out for itself against those juggernauts after the beta. One thing I did notice and I am not sure if it was the beta being so small, I started to get bored with it. The beta players are hard-core gamers to the skill level was skewed but overall the Hoth battle did get old fast, especially if you were the Rebels.

After the fact I found this article that DICE, the game’s maker, agreed that the Hoth battle was mismatched. I never played a game where the Rebels one, in fact I only saw one time a walker get taken down. All the rest both walkers marched to the end and blew up the power station, every time.

I allowed my 7-year-old to play it and he absolutely loved it. So that means I will be purchasing it, at a minimum to play split screen co-op with him because he can hold his own. The rest we will see how the game makers take the beta test’s data and make the game better. It would be a good move on their part if they released a report of exactly the things they fixed and changed before the release date to appease the minds of the players. There are tweaks and areas of improvement and the beta was really two boards of the 20 the game is going to have.

Interactive development with the customers, good concept if done correctly.