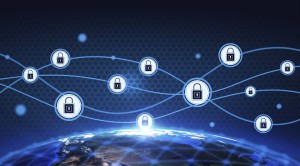 The Internet of Things (IoT) is the latest brochure buzzword that everyone is jumping on board with. IoT this and IoT that, if it runs on a batter let’s slap a Wi-Fi antenna on it and get it on the Internet. From kid’s toys & home security to Vodka bottles, IoT is everywhere. As humans do we rush it, compete to the max to get a product out there as fast as possible and the trade off is sloppy design on the little details. In the current world of Agile, DevOps, IoT, etc… security is slipping farther back in the priorities because it ‘slows things down’, ‘harder to support’, and other whines and excuses companies and teams give to explain why they don’t focus on it.

Every day I go through hundreds of news stories, most skimming the headlines looking for things to read later, and I have noticed an increasing pattern of one topic. IoT devices that have been discovered to have poor security design putting the owners at risk. Risk of their home networks being compromised, privacy violated and personal information stolen. Most research is showing that these devices are not designed with security practices in mind, simple things that are fixed with updates, but simple things that should have been implemented in the first place.

It’s really common sense to use some of the security principles but when it comes to the concept of the Internet of Things they are looked at differently than other products. Unfortunately we are at a point in the industry and as a society as a whole that unless there is a forced instruction (or law) to tell us to do the right thing, people will take the easiest route not the right route. Being a security consultant this is beyond frustrating to see this day in and day out. There is a moral responsibility to not offer a product that knowingly has flaws that could put a consumer at risk.

Here are the most recent examples –

Both of these stories and almost all the other devices, cars and appliances to have been found to have security flaws all share the common reason. Bad, sloppy design. Mostly it comes down to the developers not implementing secure communication between the components exposing them to hackers that allows internal access. Installing certificates, signing the firmware and using secure communications solves these problems and that’s what the fixes are when these flaws are found. Those updates are only effective to those knowing about the flaw and have a technical aptitude to update the firmware on their kid’s toys or cameras they bought and plugged in.

Here are some of the ways the makers of IoT are side stepping security in exchange for ‘easier’ code to deploy, resell and support. 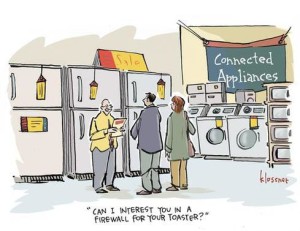 Unfortunately it’s going to take the extreme eye opening event to bring change. Until then it’s going to be consumer driven demand, which doesn’t exist, to slow the IoT down to get security in their mindset. I predict the event will have to be a very popular device shipping out with malware pre-installed undetected. There have been routers that have had this problem before but wait until it’s the Smart TV or Fridge that brings down a bank.