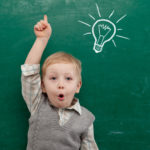 It’s the second week of January and everything seems to be back on the routine. A new era is United States politics begins next week, the world is changing all around and the information security world is getting more complex. I wish sometimes that we didn’t require sleep. This week was tough to find new and interesting news that didn’t have to deal with politics but I managed.

Build an advanced device and criminals will find a way to exploit it. With a high resolution camera in everyone’s pockets today you would think that this wouldn’t be a problem. Through the billions of photographs taken and posted each year researches have ruined it for people by stating your fingerprints could be stolen. Yes, waving the peace sign with your fingerprints facing the camera could allow criminals to take and print out your fingerprints. So what? With the expanded use of biometric authentication, like Apple’s Touch ID, this could become a problem. Your fingerprint can’t be replaced and once that’s stolen it can never be used again with certainty. So there’s that… flip the bird instead.

Google Keeps Trying To Encrypt Everything

Google is pro-encryption. I am too and the difficult part is getting the rest of the non-techie world to easily use encryption. There are solutions out there, PGP for example, but that requires some techie knowledge and extra steps that the masses won’t do. Google is trying to make that easier through a new project called Key Transparency. This would make is simpler for two people or systems to use encryption. It’s a novel approach but hopefully it won’t follow Google’s past pet projects and be cancelled abruptly for no reason after years of ‘beta’.

I try to keep political posts off my blog but I have to comment on this one. Regardless of your party affiliation people in positions should be qualified and have some background in the area that are set to lead or ‘advise’ on. Giuliani and cyber security don’t mix. Reading more around this pick and what he would actually be doing it sounds like Rudy will be a glorified secretary setting up meetings with real security pros.

Nintendo revealed their latest console to replace the WiiU. I will be writing a much larger post on this but I do have to say seeing Mario interacting in the ‘real world’ is refreshing.

How to Encourage STEM in Early Education

All You Need To Know About AWS Security Audit