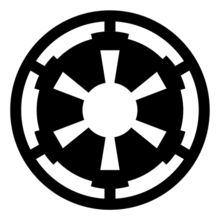 Star Wars is the most beloved and recognized franchise in the world. For over 40 years the Star Wars universe has allowed us to escape to a time long ago to a place far, far away. Fantastic characters, amazing planets and advanced technology have entertained millions. Even though it’s a wonderful place to go, the universe of Star Wars is not without its flaws.

The rise of the Empire and then the First Order can be mirrored to modern day, Earth based, corporations. Starting with an idea, planning a foundation, growing through acquisition and expanding as fast as they can.

There have been tongue in cheek discussions around security flaws in Star Wars before. When you look at it more closely you can see how the corporate drive for growth incubated risks and security holes within the organization from the beginning. Through my work and my love for the Star Wars universe I began to see parallels of the same flaws and threats clients I work with compares to the to the Star Wars Empire (in organization, not mission statements).

I decided to take a look at the Star Wars movies starting with The Phantom Menace and work each movie in order to The Force Awakens. Watch how the Empire came to be, where they succeeded, where they failed and what they missed along the way. As I take notes I’ll map those to Information Security challenges of the ‘real world’.

The following seven blog posts will examine and progressively build the Empire’s steps using each movie as a backdrop. I will be ignoring the canon, EU, shows and other materials except when they fill in time gaps. For example knowing there were nineteen ‘Star Wars’ years between Revenge of the Sith and A New Hope or thirty years between Return of the Jedi and The Force Awakens come from the canon novels. The movies will be the primary source of research.

I just won’t be analyzing the Empire alone. There are many examples of overall ‘best practices’ in the Star Wars Universe that play into design and operational decisions too.

Let’s see how this works out.

A completely unnecessary disclosure – This is not an endorsement of the Empire or it’s overall actions, oppression and crimes, rather a focus on how the Empire’s management focused so hard on growth and expansion, speed, being reactive and not proactive created risks within the organization that could have been easily avoided.