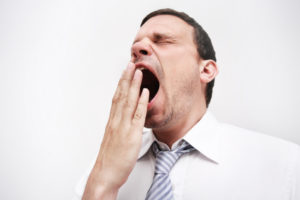 I watched the Apple Event 2017 on Sept. 12, 2017 like I do all Apple events. I made the switch to Apple products years ago primarily because Apple products work. They are designed perfectly and their software is designed for the users. All of my personal, family and home devices are Apple. My primary computer is a Mid-2010 iMac and it’s still kicking with only having to replace the hard drive once. Over the years I have upgraded my iPhones and iPads regularly, but not annually. Two years is about the rotation of my phones, longer for the iPads and it works out fine.

So about twice a year Apple has a big show about their software upgrades and device upgrades. As the years pass each one has become less and less impressive. Not that Apple innovation isn’t spot on, but with what they have created the jumps of new advancements are smaller. So the incentives to spend the amounts of money Apple products demand just isn’t there.

This year is not much different.

I have three AppleTVs. Two Gen one and one current gen. My use for them is primarily iTunes Movies which replaced my investment in physical Blu-Ray and DVDs. Netflix, YouTube, HBOGo and some cable channels. But AppleTV will not allow you to cut your cord. All the apps that thrive are cable apps… that require a cable subscription anyway. Most cable companies have boxes that have on-demand so AppleTV to watch shows I already pay for, have a DVR that records them is minimal. Outside iTunes Movies that I buy I can do the rest of my AppleTV use on other mobile streaming, and cheaper, devices.

The AppleTV sports channels presentation showed lots of NBA action. There is no way ESPN and Apple will get MLB and NFL games that way. They have the NFL and MLB channels, that cost extra money.

Power increase for games? I’ll keep playing my PS4, Nintendo Switch, iPhone and iPad. The AppleTV remote is an awful game controller and I have no desire to play games on that.

It has cellular built in but I need to know if it works with the app I rely on when I do workouts. Also at this point I have a waist wallet for my phone… and license, cards, money and phone when I go to the gym, run or bike ride so I am used to it. I need to carry some of those things anyway so disconnecting my phone and watch isn’t a selling point for me.

Second, I am a Spotify lover. Apple Music, not so much. Streaming Apple Music doesn’t matter to me.

Lastly the battery life. The single aspect of myself and Mrs. Binary not liking the Apple Watch. 18 hours is a stretch, go on a long workout and it wont last 10 hours. For now I rely on notifications, text replies and email reading and there are other alternatives to the Apple Watch that we are looking at to upgrade to.

One day, “18 hours” battery life just is not enough. There are other notification based wearable devices that go days.

Series 3 upgrades are not enough to make me jump at it… especially the battery.

iPhone 8 and iPhone 8 Plus

A new glass casing. So what. I always get a full Mophie battery case for my phones and anyone that does not have some case is asking for damage anyway. That goes for any mobile device. Color and material is irrelevant when they are covered up and should be.

The rest is the standard power upgrade which is expected. The camera gets an upgrades which is also expected. The photography advancements only truly apply to 1-3% of iPhone owners. The regular users won’t use them regularly to care. I do, but I am not regular.

The iPhone 8 Plus augmented reality was very interesting. The game demo was very impressive. I can see the Plus being a big pull for Snapchat users and people that go overboard on their texting. If you compare Virtual Reality (VR) and Augmented Reality (AR), I would bet on AR technologies being more successful in the long run as VR. AR needs a device, VR requires a headset. Two different experiences but AR will win out, especially if developers help support the iPhone 8 Plus’ capability.

Beyond that there is very little to entice me, an owner of a iPhone 7 Plus, to run out and get in line for an iPhone 8 Plus.

The Home button is gone, mostly, part of it moved to a side button…

The screen is edge to edge with SUPER RETINA technology. I giggled when I heard the name. Now you can watch 4K Fail videos on a small screen.

Wireless charging. I have that now in my Mophie case. I don’t think Mrs. Binary will buy a new AirPod charging case to wirelessly charge. (Are you kidding?)

Apple product vision goes beyond the current state but ignores the years of routine that people have gotten used to and invested in. We are used to chargers, cables, transporting them all around. Apple touts they are so green and care about the environment yet they are creating SO much waste by innovating beyond common use. How many old cables, chargers, cases have you thrown away for upgrading devices? They skip that statistic in their presentations.

The greatest advancement is FaceID. Scan and using your face as a biometric key. I guess I am OK with this but also I am very suspicious of this technology. Not for the false positives but for how they are storing the facial profile and what Apple could do with it when ‘encouraged’ by outside agencies. Other than that… meh. And at $999 price point, I’ll pass.

At the end of the presentation I was underwhelmed. The augmented game was the highlight but the rest were power upgrades that were expected. At this point I will keep my upgrade schedule. My phones are due for free replacement next year and at that point I’ll wait until next Sept. 2018 announcements. iPhone 9 or XI?

I’ll keep my Apple Watch Series 1 until it dies, becomes a performance problem or I scratch the hell out of it. If I buy another Apple Watch is up in the air. AppleTVs work perfectly for how we use them. I don’t have any 4K displays and have no plans to get any soon.

Maybe next year, no rush after today.