Over the last 30 or so years, the internet has come to change almost all aspects of modern life – everything from how we watch media to how we shop and communicate. However, while the web has undoubtedly changed the way we live and work, it could be argued the last decade has been the most transformative in its short history – due mainly to the exponential rise in mobile computing services.

Where our internet access was once mostly done on large, cumbersome desktop machines with fixed-line connections, the advent of mobile computing has heralded an entirely new age of internet use – and brought with it countless new opportunities.

The humble iPhone – largely considered the firestarter of the mobile revolution

When Steve Jobs took to the stage at the MacWorld convention in San Francisco on January 9th, 2007, it would be fair to say he looked an accomplished man. As Jobs went on to detail Apple’s new flagship product, the revolutionary iPhone, he seemed confident the company was on the threshold of an entirely new era. As we all now know, Jobs’ optimism would prove well-founded and the worth of Apple’s shares have been stratospheric ever since – yet surely not even Jobs could have envisaged just how transformative the device would prove to be.

The iPhone transformed what we as consumers have come to expect from our gadgets and opened up an entirely new world of connected possibilities. Moreover, in one fell swoop and with one single handheld device, the iPhone successfully trounced existing markets for mp3 players, personal organizers, GPS systems, portable cameras (and video cameras), traditional mobile phones etc.

As the market for handheld devices exploded following the release of the iPhone, so connection providers and software developers began to recognize the tremendous potential for mobile computing – as well as, of course, the substantial opportunities to make money. Consequently, today, phone providers supply vastly faster connection speeds and there is now a huge range of tailored apps available on the market, all aimed at finally making the concept of the mobile workforce a reality.

As well as better connection rates and more advanced software packages, manufacturers have also woken up to the potential of the mobile revolution for work with a diverse range of handheld and wearable devices now being produced – everything from smartwatches to tablets, notebooks and, of course, the ever-enduring smartphone.

In addition, the widespread use and growth of the mobile internet have even helped fledge an entirely new sector within the IT industry – namely, cloud networking, which allows for the storage of files, processing of tasks and running applications on remote machines (to learn more, check out articles detailing GCP Anthos and other cloud tech). Cloud networking is already transforming the way businesses – big and small – operate and helping streamline resources while also improving collaborative working practices.

While it’s true that the steps toward developing cloud networking and processing were already well underway, there’s little denying that (as with so many other facets of the tech industry) the increased take-up of cloud services by the business community has helped speed up the development and wider adoption of the platforms.

Moving forward, there’s little doubt that computing as we know it will continue to move towards mobile use and that the mobile revolution represents the next phase of IT. 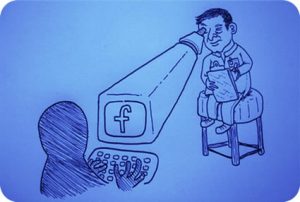